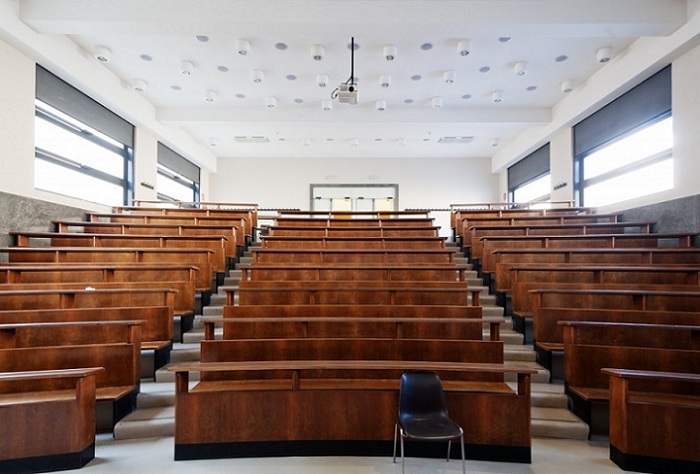 Uppsala University is located in Uppsala, Sweden, in the central region of the country. Established in 1477, it is easily the oldest university in Sweden (there are debates on whether or not Lund is older, which we will discuss next). This university has played a large role in the history of Sweden and had a lot of influence on the history, culture, and other factors of Sweden, probably due to its age. Many of the academic traditions that you see at Swedish universities were started here, including the ‘white cap’ phenomena among Swedish students. There are over 23,000 students at Uppsala currently, with over 6,000 employees that work for the university.

Lund University was established in 1666, even though its roots go back to 1425, when a monastery opened its doors to educating others. Because the actual university was not established until 1666, it is not considered to be older than Uppsala. It is considered to be one of the top 100 universities in the world, and it is also one of the largest universities in Scandinavia. There are currently 47,000 students attending Lund University; there are eight faculties (colleges, departments) with almost 300 different programs. It also has a number of connections to universities in other countries.

The University of Gothenburg is the third-oldest of the existing Swedish universities. It currently has almost 25,000 students that attend on a full-time basis, which ranks it among the largest in this region of Europe. There are currently eight faculties that offer a number of different courses; so many, in fact, that Gothenburg is considered to have the most diverse course offerings in Sweden, and among some of the most variety that you will find in the entire world. The programs range from liberal arts, to biological sciences, to social sciences and humanities, and a number of other concentrations. There are over 57 departments at the university, and they are adding new programs of study all of the time. Mix this together with the fact that the university is known for its high job placement rate (after students complete their programs) and you understand why the University of Gothenburg is one of the most popular universities in the country.

Stockholm University is a public university that focuses on the natural sciences and social sciences. Like many of the public universities in Sweden, Stockholm University is large, with over 65,000 students attending every single year. On many lists, this university is listed as one of the top 200 universities in the entire world. The research that they do is based on helping the community as much as possible and for developing creativity and innovation in the world. They have over 70 departments at the university, and they work with government centers and institutions to help give their students the best educational experience possible.

The Karolinska Institutet, sometimes called the Royal Caroline Institute, is a university in Soina, Sweden. Originally started in 1810, it was actually in Stockholm first, and then relocated to this populated suburb. There is a second campus located in Flemingsberg, which is another suburb of Stockholm. Much of the work at this university is done in the medical field, and is one of the oldest medical schools in the country. Among other medical schools, Karolinska Institutet is considered to be one of the best that there is in this region of Europe, and is in the top 50 around the world.

Umea University is a university in the northern region of Sweden. It was started in 1965, and since then has become one of the best “young” (under fifty years old) universities in the world. It is also a favorite of many students who study abroad and go to Sweden; it ranked 1st in the International Student Barometer of satisfaction. There are currently 36,000 students (17,000 of which attend full-time). There are more than 4,000 employees who work at the school as well.

The Royal Institute of Technology referred to as KTH due to its Swedish name, is another university in Stockholm. Founded in 1827, it became the first university in Sweden to put a major focus on technological advances. It is one of the best technology schools in Northern Europe, no matter who you ask. All of their programs, both undergraduate and graduate, focus on technology, science, engineering, and other related fields. There are currently 16,000 students that study at the university, with about 2,000 of those students at the graduate level of study.

Agriculture is a very large part of the Swedish livelihood and economy, and the Swedish University of Agricultural Sciences is at the core of this. Even though its main campus is located in Uppsala, it actually has a number of campuses throughout the country. This is so they can have the greatest reach to the greatest number of farmers and other agricultural business. All of their faculties focus on fields related to agricultural and natural sciences, including animal science, agriculture, natural resources, landscaping, and forestry. They currently have about 5000 students that study at the various campuses throughout the country.

The Luleå University of Technology is located in the northern section (Norrland) of Sweden, and is actually the technology university that is situated the furthest north. They have several campuses, each of which has a different focus (the main campus has every focus). Astronomy, Wood technology, Computer Gaming, Music, Media, and a number of other technology fields are studied at the various campuses. It was started in 1971, and it became a university in 1997.

Karlstad University is a public Swedish university that was founded in 1977, but became a university in 1999. Originally, this university was part of the University of Gothenburg. There are a number of programs, courses, and certificates that can be earned at this university, most of which focus on social sciences, education, and technology. There are currently over 12,000 students that attend the university every year.

Örebro University was originally part of Uppsala University; it was used to offer classes in the 1960’s. In 1977, the university became its own entity, and became a university in 1999. They offer medical degrees and social work degrees to their students. Örebro also puts a lot of emphasis on gender equality, both in Sweden and around the world. They currently have 8600 students and have about 1100 people on staff.

Mid Sweden University is found in central Sweden, actually, in the region that is almost exactly the center of the country of Sweden. They have three campuses throughout this region. They offer a number of different degrees at every undergraduate and graduate level, and have done so since 2005 when they added a Master’s program to their repertoire. Natural sciences, engineering, technology, social sciences, humanities, and education courses and programs are offered at Mid Sweden University. There are over 22,000 students between all of the campuses.

Linnaeus University is a public state university that has three separate campuses (one main campuses, two satellite). This university is actually a merger between two former universities (Växjö and Kalmar) and the two were combined in 2010. Both of the original universities were campuses of other colleges before they got individual university status and then merged. With the merger, there are currently 15,000 students that attend courses and programs at the university across all campuses.

The University of Borås offers a number of technical courses, and is the primary university for Library and information studies and Fashion studies in the country. They also offer a number of liberal studies programs, medical programs, and a number of other classes. This university puts a lot of focus on helping their students to get hands on experience; for example, their textile classes are actually done at an old textile mill. The university has almost 7,000 students that attend every single year.

Malmö University is a university college that has a large percentage (30%) of students that are from other countries. This is a fairly young university college, only having started in 1998. Most of the programs at Malmö focus on helping the world get better, so they include environmental programs and technology programs. Like Borås, they try to help their students get well-rounded, hands on education that involves a lot of work with companies and other entities that can help them get that education. There are currently over 13000 students in the various programs at Malmö University.

Dalarna University was started in 1977 in a town northwest of the capital city of Stockholm. Of the 18000 students that currently attend the university, about half of them study at the main campus, whereas the other half study via online courses (distance education) or at a satellite campus in Borlänge

Halmstad University is a public higher education institution, not a university as its name would suggest. It is a university college, meaning that it does not grant PhD’s, but it offers courses to supplement them. Most of Halmstad’s courses focus on technology and innovation. They currently have about 9,000 students that are studying in over 50 courses at both the graduate and undergraduate levels.

Kristianstad University College is a university college (no PhD’s) that was established in 1977. It moved to its current location in 1995, and focuses on education, social sciences, medical sciences, business, and engineering. There are currently over 12,000 students studying at this university college.

Skövde University College is a university college (cannot grant PhD’s) located in central Sweden; it was started in 1977. There are about 11,000 students that attend the college very year. Skövde offers programs in information technology, social sciences, liberal arts, health services, and a number of other fields.

Gävle University College is a university college (cannot grant PhD’s) that is found in Gävle, Sweden. It started in 1977 and offers 45 different degrees, both at graduate and undergraduate levels. It focuses on a number of subjects, including education, technology, and liberal arts. There are currently almost 15,000 students that attend Gävle University College every year.

The Stockholm School of Economics is one of the best economics and business schools in Europe and number 26 in the world, and if you are able to be accepted there, you will get an excellent business education. It is a private school (one of only a handful in Sweden) that receives most of its funding from fundraising and private donations. They offer every level of education and also offer a number of courses for those who are in business but are not seeking a degree. There are about 1700 full time students that attend the school yearly.

As you can see, there are a number of different universities that you can choose from if you decide to attend university in Sweden. For more information, you can use the links provided in each of the school’s sections on this page or master-and-more.eu, and determine what school is best for you and your needs. Good luck in deciding on which university you wish to apply to. 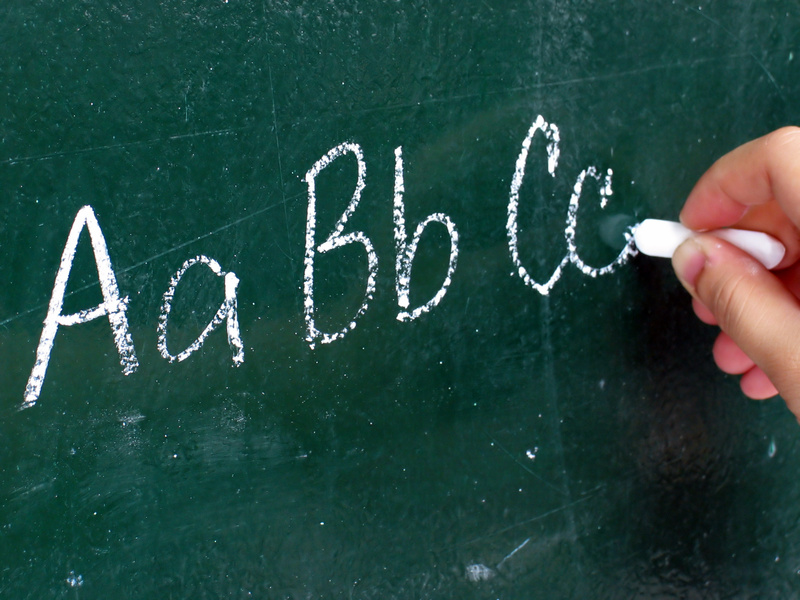 Studying in English or Swedish